Tonight, I am at Amelia Island Yacht Basin. I will be out of Florida tomorrow, and heading up into Georgia.  I expect to be home in just over a week, weather permitting.

After I left the Vero Beach Mooring field, I had some electronic issues.  My chartplotter was turning itself off, and my voltage meter was reading a low voltage of 11, when it should have been reading over 12.  The engine should have been keeping the batteries charged.  I was worried about my alternator, so I headed to Loggerhead Marina, on the north side of Vero Beach.  I pulled into Loggerhead at 7:45 a.m. and was met by great staff, who were very accommodating.  I checked my alternator belt and tightened it.  I checked my batteries, and they were all good, with plenty of voltage.  One battery terminal had some corrosion, which I cleaned off.  Then, everything seemed to work well. It was a good day, no problems with the alternator!  I made the best of the situation, and enjoyed the company of a few Canadian boaters, who were on the same dock, preparing their boats for the Bahamas.

After my relaxing day at Loggerhead, I headed to Daytona Beach.  I realized I would be there for a couple day due to a storm coming in.  I stayed in Daytona Beach for three nights, waiting for the rain and winds to subside.  I arrived in Daytona just before Biketoberfest.  Basically, it is the fall version of Bike Week in Daytona.  Harleys line the streets.  One of the guys who worked at the marina, offered to show me around town on his day off.  He took me to the biker areas and I tried to understand the whole biker thing, but wasn't able to.  In the end, I just wanted to get back to my sweet boat.
As I was approaching St. Augustine, I noticed an older man, John, standing on the hull of his capsized sunfish sailboat.  He was drifting down the river.  I pulled alongside of him, and we managed to get his sailboat tied up to my boat.  We used my crane to pull his sailboat upright.  He lost his centerboard in the process, but otherwise, was not hurt.  I towed him to the other side of the river, where he lives on an old trawler, in the marshes.

Here are a some pictures I took along the way: 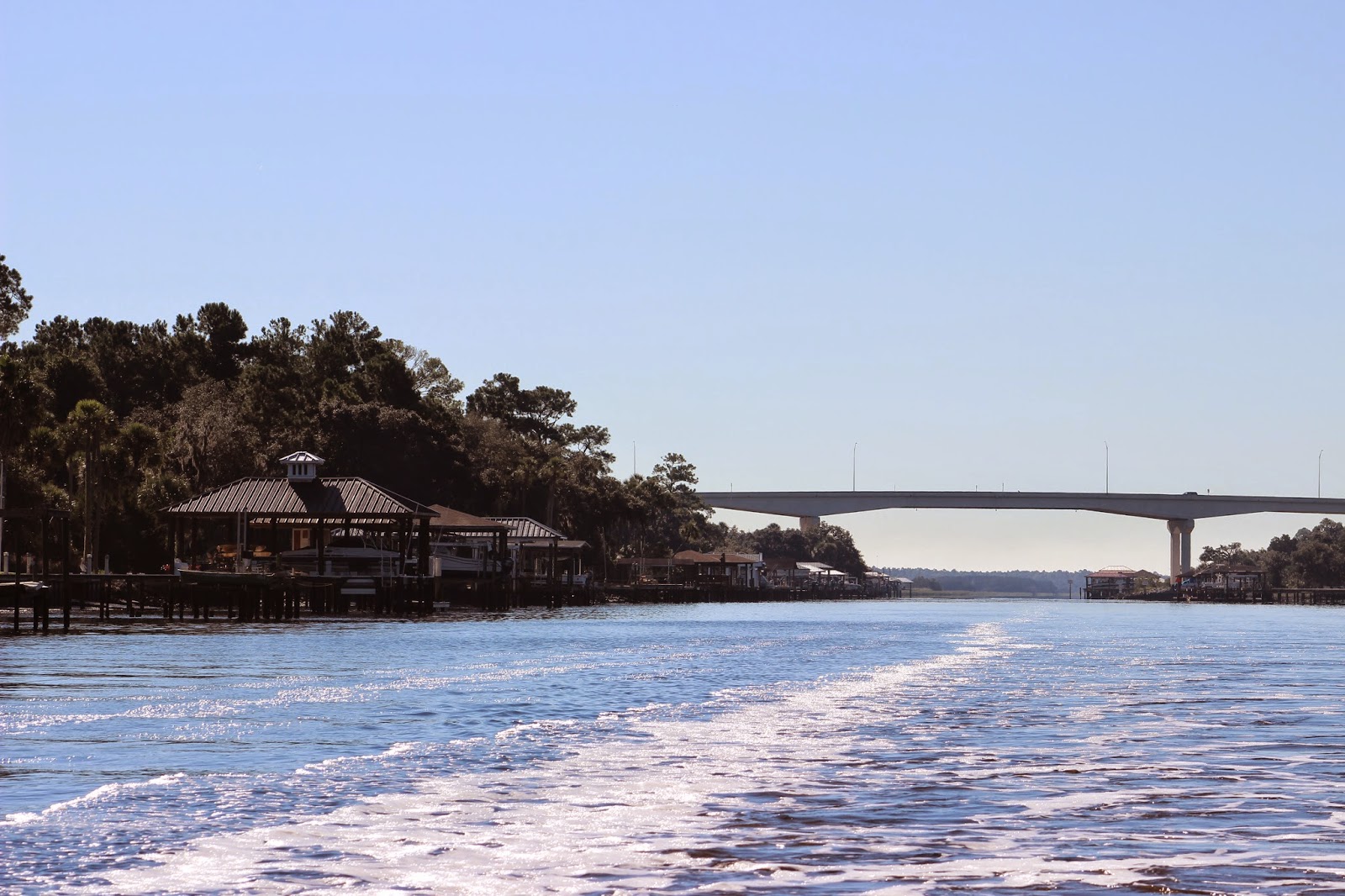 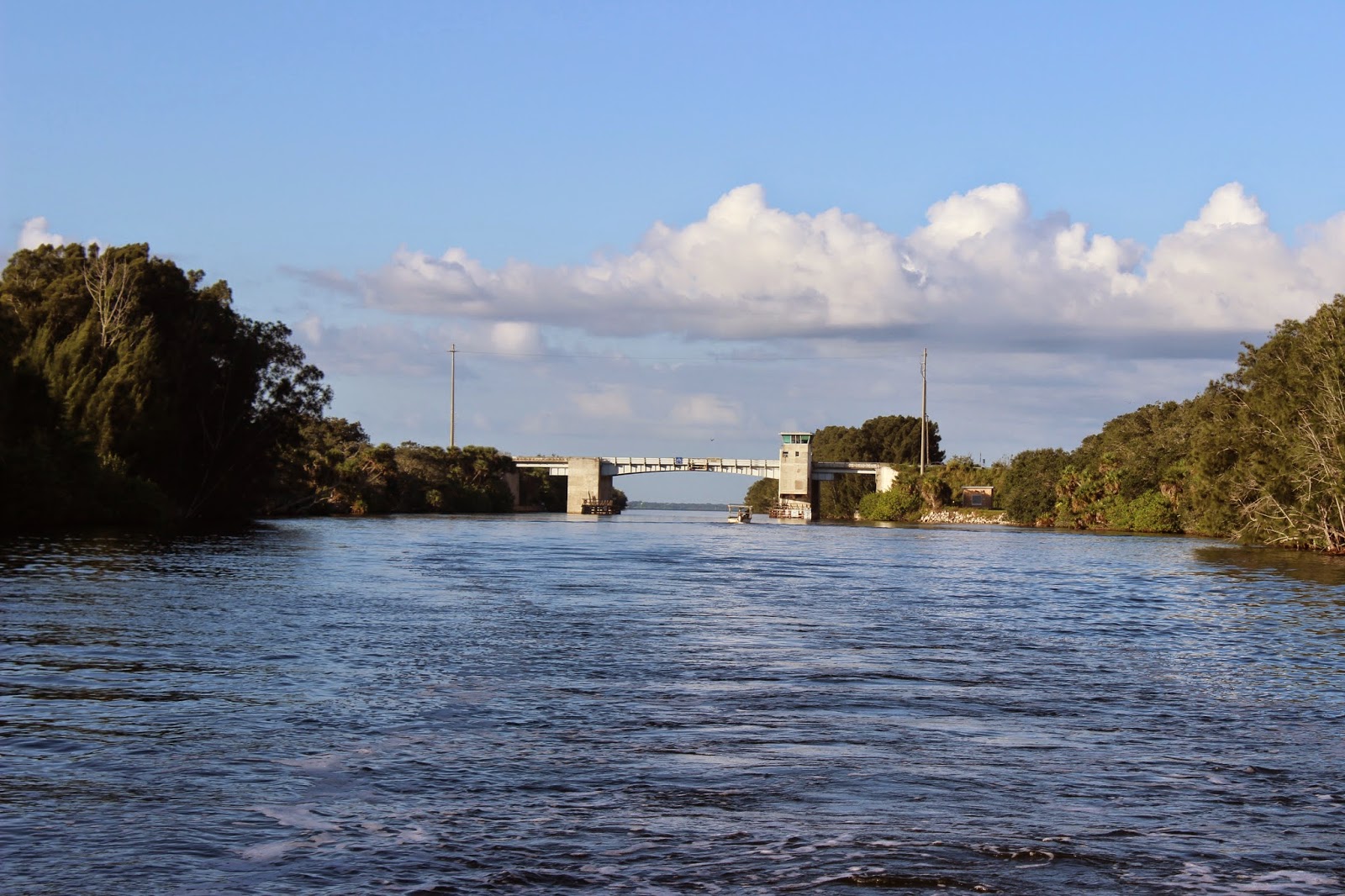 Posted by Tanya Binford at 5:55 PM

Tanya Binford
In April, 2014, I will embark on a journey, called the Great Loop. I will be spending nine months or more on my Ranger Tug, Annabelle, circumnavigating the Eastern United States, through the various waterways. Preparing for this adventure is an ongoing process. I am part of the Great Loop Cruisers Association, and will be in good company, with many people I have already met. Although I will be "singlehanding" for most of the journey, I will not be alone. There will be other "loopers" traveling close by, harbor hosts, and other boaters along the way. I will have access to the internet. I am fortunate to have the support of my family, friends, neighbors and the many people I work with.